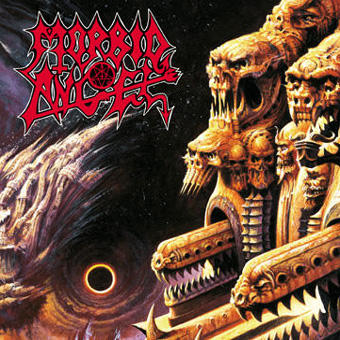 Price is $10 for Oz, $13 for the rest of the world. It comes with a free download as well, so you can listen to it while I get the cd’s pressed.

I will post another blog soon with the history behind this song, but first I have to have a think about why it took so long.

Please note this is NOT the new Nihilistic Front album. We are currently working on a new 2 track album due for release later this year.

Okay, this is whats going on. I setup a Bandcamp site a little while ago (http://thenihilisticfront.bandcamp.com) with the purpose of advertising it once I finally complete “The Null Factor Law”. I still haven’t finished it (obviously), but I am trying to get the energy to do it. I almost finished it yesterday, so close! It will be available soon via Bandcamp. We will probably release it as a limited CDR as well, and will likely be cheap as it is only 20 minutes long.

As for the NEW new album recording, this is still waiting for guitars and vocals to be recorded. I aim to get guitars done in the next few weeks, and then I can blame Chris for holding up the recording. Ha!

Currently reading “The Road” by Cormac McCarthy to get in the mood to finish these recordings. Perfect.

Listening to all of Monument Of Urns catalogue while waiting for the new one to arrive from AQ. Patience is something I work really hard at, but constantly fail. Hurry up postman!

Usually “Metal” films suck. Trick Or Treat (1986) is one exception that I discovered back in the early 90’s. I still watch this film and listen to the soundtrack all the time. Fastway are the band responsible, and are awesome. Fast Eddie Clarke (ex-Motorhead!) is in it so that should be enough reason for you to check it out. Its time to Get Tough.

And don’t let the DVD cover fool you, Ozzy and Gene Simmons only do cameo’s in this flick.

Here is an update on our current status.

Late last year two new tracks were written. I then went into deep hibernation for personal reasons, but have now resurfaced and we are both in the middle of tweaking the arrangements for both tracks. We rehearsed the new songs last weekend and they sound killer! One of the songs is an old track, the first one I wrote after completing “Four Seasons In Misery”. It was never completed, and has now been completely reworked. It is due to be released in October on Nihil Art Records at the moment, so hopefully things work out. If not it will be self released again.

Other things we are involved in…

Chris is working on a new Pervertum Obscurum release, as well as joining the mighty Monoliyth on vocals! The debut album from PO is also due to be released later this year by Nihil Art Records as well.

Chris also finished a second Sanguineous demo last year which is now out of print. Too bad if you missed out, it was fucking heavy.

I am also programming drums for the new Elegeion recording. Kwan has been a friend of ours since about 1994, first time we have worked together though!

I aim to be a bit more frequent with this blog, but time will tell.

We have been active again lately, two new tracks are to be recorded soon-ish as well as some more video.